All the News That’s Not Fit to Print 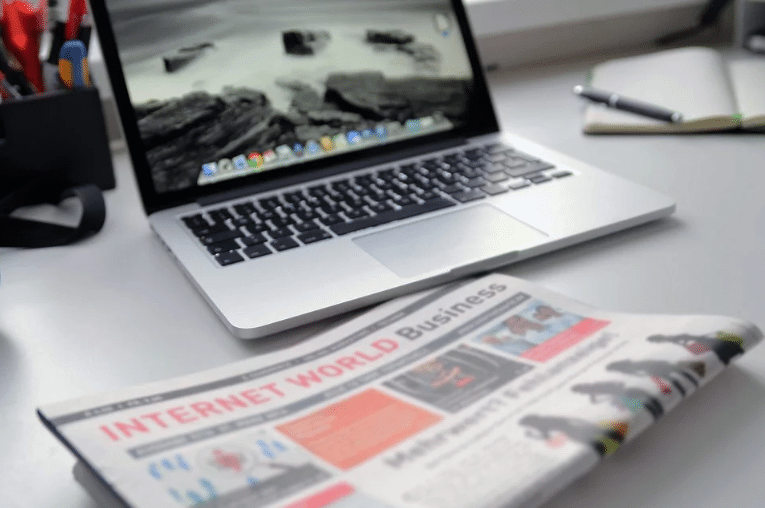 As your patrons move online across channels and devices, your marketing should do the same. If it isn’t, you’re missing the opportunity to reach people where they now consume media the most. In the past five years, eMarketer reports, time spent with media via digital channels has grown to 50%, compared to print, which is now down to less than 2%. Note: this statistic is not dominated by the millennial population. According to Pew Research Center, 84% of adults 30-49 and 72% of adults 50-64 use Facebook, with 76% overall reporting they interact with the site on a daily basis.

In response, marketers have had to re-balance legacy media budgets and are gradually making progress, with a majority allocating at least 20-25% to digital. It’s estimated that this year, most organizations will allocate approximately 30% of their advertising budget to online marketing. By 2019, this rate is expected to grow to 35-40%. Unlike other traditional channels, digital is consistently held accountable for ROI because it is measurable. A good question to consider: What is the ROI on the 70%+ of media budget that still goes to other offline channels?

Many of our client partners have been moving money away from various newspapers’ print and digital offerings. There are several reasons for this:

1) Most newspapers’ pricing that includes a digital presence is inflated.

They sell the same inventory through the back door (to the ad exchanges that we leverage through Google’s DoubleClick). Utilizing more granular targeting of audiences in digital advertising can deliver a higher return on ad spend and more detailed reporting.

Audience targeting enables you to reach your audience wherever they are online, including sites such as The New York Times, SFGate, and The Washington Post. With direct buys, you have to blindly deliver ads to anyone who visits the site, regardless of demographics, interests, behavior and device type.

3) Websites are not local anymore.

A huge percentage of local website traffic, and therefore the ad inventory that most print outlets claim to deliver is coming from outside the DMA. This is because they syndicate much of their content, i.e. articles, that are re-posted across thousands of other websites like digg, drudgereport, flipboard, etc. When people click the link for the article, they come back to the local website and are served local ads. These people don’t live in the area or care about any local events. Syndicating articles is an automated process that generates massive amounts of website traffic which print outlets use to monetize their sites by selling ads. These websites are making millions with this strategy.

For example, the SFgate promotes that they have 23 million unique visitors. However, there are only 5.5 million adults in the San Francisco Bay Area, but they can make more money by delivering ads to site visitors outside the area.

4) Patrons are bombarded with ads when frequency caps are not in place.

When a print outlet is running a direct buy campaign, there is a critical component that they typically fail to implement: frequency caps. This means that there is no limit to the number of ads delivered. Visitors can be bombarded with the same ads several times per day for several days in a row. This can become annoying and bothersome for your patrons, ultimately hurting your brand image. Additionally, if an organization is running a direct buy campaign with a print outlet and a digital marketing campaign with a digital marketing agency separately, there will be wasted budget on duplication, and the campaigns will not be integrated.

At Mogo we have the ability to facilitate and track direct buys as part of an integrated digital strategy.

In the example below, two of our client partners, (labeled “Theatre company A” and “Opera Company B”) previously attempted to run their digital marketing campaigns with a print company, but the results were less than impressive.

Example One: Theatre Company A

In this first example, Theatre Company A ran a month-long campaign with a local newspaper that had a budget of $2,500. They used a :15 in-stream video and a 300×250 banner. The newspaper projected that the campaign would serve 185,000 impressions and they were able to track conversions and revenue.

Unfortunately, for this campaign they delivered only 157,808 impressions, or 14.7% less than they guaranteed. And 32% of those impressions they did serve were well outside Theatre Company A’s target geographic market. Additionally, the campaign had only one conversion resulting in $192 in revenue for the entire month. In comparison, the primary digital campaign which ran outside of the print outlet, had a combined total of 485 conversions and $57,282 in revenue correlated to the campaign. 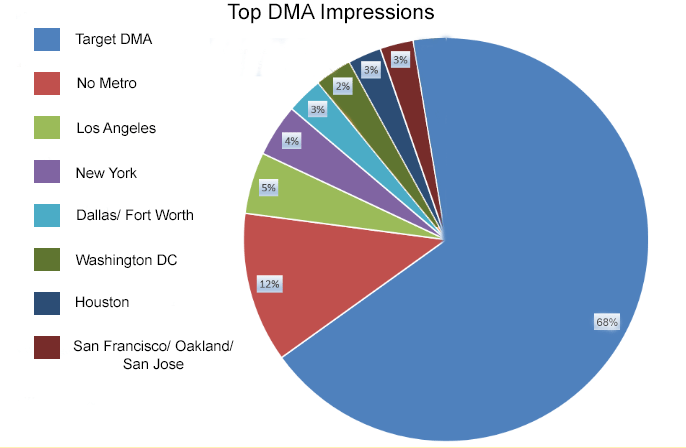 In this second example Opera Company B also ran a month-long campaign with the same local newspaper with a $4,000 budget and 3 banner ads (300×250, 320×50, and 300×600). For this campaign, the newspaper projected 387,000 impressions, but they were unsuccessful at tracking any conversions or revenue.

The results of this campaign were even more unsatisfactory than our first example. They served only 182,728 impressions, which was 47.2% less than projected. And while they did manage to serve 71.3% of those impressions in their target market, almost a third (28.7%) were served in outside metro areas.

If you do decide to make a direct buy, here are some important tips. Be sure to purchase only local inventory guaranteed to run in your designated geography. Do not buy ROS (run of site) or SOV (share of voice). This way of packaging intentionally excludes geography. Remember, newspapers really don’t have a lot of local inventory. Do not sign contracts that cannot guarantee if geo targeting is applied to your campaign. If your organization is adamant about working with a print outlet, then consider allowing Mogo to buy through the backdoor on a programmatic direct basis, which will be far more cost-efficient.

The two examples above highlight that digital is capable of being highly targeted and allows marketers to reach desired audiences down to the city and zip codes, and not just on select sites. Your target audience can be reached virtually anywhere they may be browsing online, at the right place and the right time. This yields a much more effective reach and frequency allowing us to allocate your outbound and retargeting budgets towards reaching only your desired audiences.

Consequently, it is not hard to see the growing need to shift budgets away from traditional forms of marketing into the more advanced programmatic and real time bidding digital space. We know that Arts organizations work hard to be on the cutting edge when it comes to their productions, and Mogo can help you to do the same with your marketing dollars!